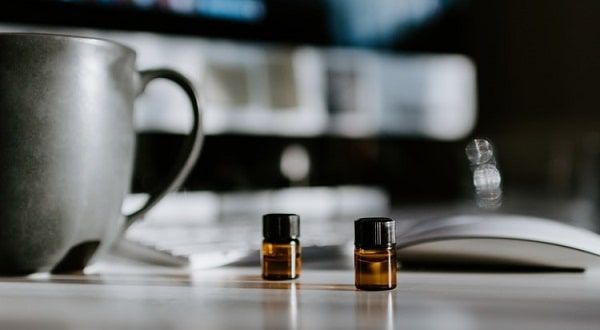 Microdoses consist of consuming a hallucinogenic substance in amounts below what is perceptible. Many people who have incorporated psilocybin microdoses into their routines report having higher levels of creativity, more energy, greater ability to concentrate and easier to relate, as well as less anxiety, stress, and even depression. That will be the correct amount for a microdose of psilocybin using mushrooms. You can use any variety of psilocybin mushrooms. The most popular are Psilocybe cubensis, Psilocybe semilanceata, Psilocybe azurecens, Psilocybe cyanescens, and Panaeolus. Yes indeed, take into account the amount of psilocybin contained in the variety you are going to use (for example, the last two I mentioned are rich in psilocybin), adjusting the microdose accordingly. Spiritual Benefits As if this weren’t enough, some enthusiasts also claim that microdoses of psilocybin have helped raise their spiritual awareness and enhance their senses. Medical benefits In addition, studies on hallucinogens have found that psilocybin may have positive effects on anxiety and mood disorders. In fact, the Beckley Foundation is spearheading the legalization of psilocybin mushrooms, supported by studies showing that psilocybin has long-term positive effects on the treatment of patients with depression resistant to conventional treatments. 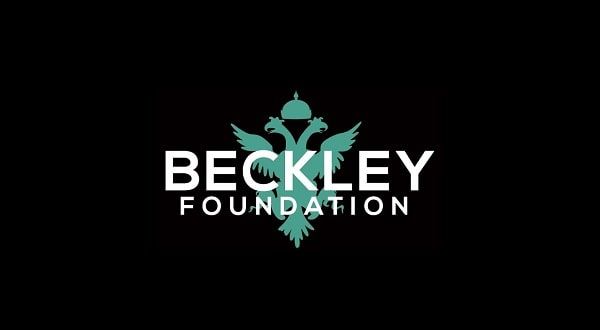 On the other hand, Oakland County (in California) decriminalized all medicinal plants, including psilocybin mushrooms, a move that caused Denver (in Colorado) to hold a referendum to decriminalize such mushrooms. Psilocybin has also been shown to be effective in treating addiction. Researchers from Johns Hopkins University (United States) found that 80% of smokers who took psilocybin as part of cognitive behavioral therapy were able to quit tobacco completely. In addition, it has also been discovered that mushrooms (and microdosing LSD) allow to obtain results comparable or superior to those of conventional drugs for the treatment of cluster headaches. In particular, many people experienced long periods of remission after treating their headaches with hallucinogenic substances. In light of all these promising results using full doses, there is reason to believe that microdoses of psilocybin could provide similar positive changes in life. Browse this content

Microdosing using psilocybin mushrooms is a fairly straightforward process. Basically, you have to prepare microdoses, consume them at the right time and follow a protocol over the course of a month to ensure long-lasting benefits. So below I will explain what each of these steps consist of. 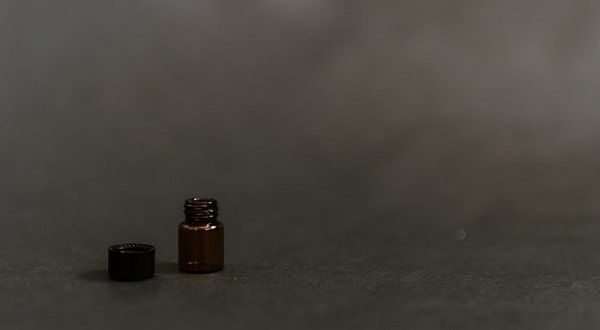 Preparing psilocybin mushrooms for microdosing involves more steps than doing it with LSD, but it’s still pretty straightforward. The most difficult thing is estimating the amount of psilocybin that a specific mushroom contains. The reason is that not only will there be differences between the different varieties, but also between fresh and dried mushrooms. Even the different parts of the mushroom contain somewhat different amounts. Initial dose In any case, I recommend that you dry a batch of mushrooms, grinding them into a powder, or measuring about 0.1 grams as a starting dose. From there you can adjust the amount as needed. When you take a dose that makes you feel certain changes (especially drowsiness, the first effect of a psilocybin trip), you should reduce the dose below that amount.

How to take your microdoses 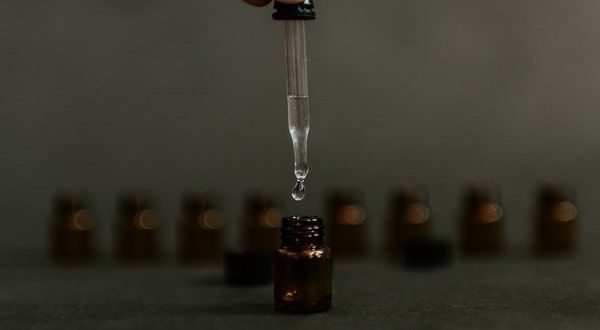 There are several ways to take psilocybin microdoses. The most practical is to accurately measure the doses and put them in empty capsules. This will ensure an even distribution and will also mask the flavor. Another option is prepare an infusion of psilocybin by dissolving the desired dose of powder in hot water, and even adding some honey. But don’t be afraid to experiment and mix the powder with whatever drink you have to start your day. 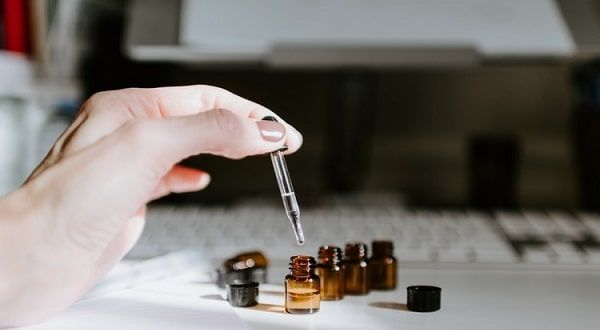 Experts in the field suggest different microdosing regimens of psilocybin, but I prefer the one recommended by Dr. James Fadiman. Three times a day This regimen consists of take a microdose once every three days. In this way, you should ingest it on day 1. During days 2 and 3 you should not take anything. And then on day 4, you’d have to take another microdose. This pattern can be repeated for several weeks. For most people, the best time to do it is in the morning, because the beneficial effects will last all day without interfering with sleep. It is also useful to take notes in a journal to observe the effects of the process and adjust it appropriately (or simply to note the positive changes). Also it is important that you follow your usual routine when you take a microdose of psilocybin. The aim is to improve your daily existence by integrating microdosing into your routine, so you should not change what you normally do. However, when you try microdosing for the first time, it is best to take a day off without work and without attending social engagements. This will give you the opportunity to notice any unusual effects before microdosing in a more public setting. Keep in Mind While it may seem like you will only feel the effects of microdoses on the days you take them, try to observe the effects on the days off between doses as well. Many people also try to experience the greatest sense of flow, creativity, and energy during the day after microdosing. On the other hand, Paul Stamets recommends another different protocol to take microdoses of psilocybin. Routine Specifically, suggests taking one each day for four days, then resting for three days to avoid the development of tolerance. He also recommends that psilocybin be the main substance in a combination that also includes niacin and lion’s mane to improve neuroplasticity and general well-being. Both psilocybin and lion’s mane possess the ability to create new neurons and neural pathways, as well as repair existing neurological damage. Niacin removes wastes and transports the neurotransmitter GABA across the blood-brain barrier, which aids in the distribution of psilocybin molecules. 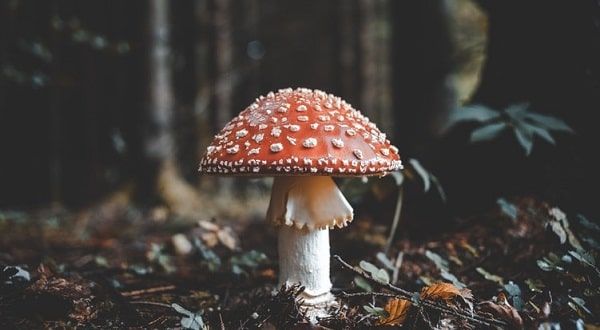 Together, Stamets believes that “this unique combination of compounds can be incorporated into other therapies to offer unique benefits and achieve significant medical advancements in the repair of neurons, the removal of amyloid plaques, and the improvement of mental health, cognition , agility and the ecology of consciousness ”. In any case, microdosing psilocybin daily is not recommended. Since your body builds tolerance to psilocybin, you may experience diminishing returns after a few days. This is why Fadiman recommends leaving a couple of days between doses. Spread your doses Also, the fact that the positive effects can sometimes be felt many days after a microdose is a good reason to space your doses. Another downside of microdosing every day is normalizing a very potent substance. You can compare it to drinking coffee to increase productivity. When you drink coffee every day, over time you will have to increase the dose to have the same effect. In this way, in a matter of a couple of months, one cup becomes two, three, or four cups. So it is best to resort to microdosing psilocybin to achieve an occasional bonus, instead of taking them regularly as if it were coffee. 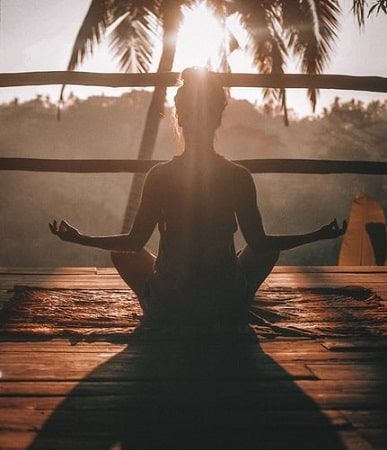 For newbies to hallucinogens, even microdosing can be intimidating. So retreats are a great option. for those who want to enter the world of hallucinogens surrounded by experts in a guided and personalized environment. In particular, microdosing retreats can be an option for people who want to get started with microdosing, and they could also be the best way to translate the hallucinogenic experience into lessons that allow them to live a better life. The Rise Wellness Retreat center, located on the south coast of Jamaica, offers an all-inclusive retreat where you can enjoy workshops and classes offered by certified health professionals using specially formulated microdoses of psilocybin.

What does science tell us about microdosing psilocybin? 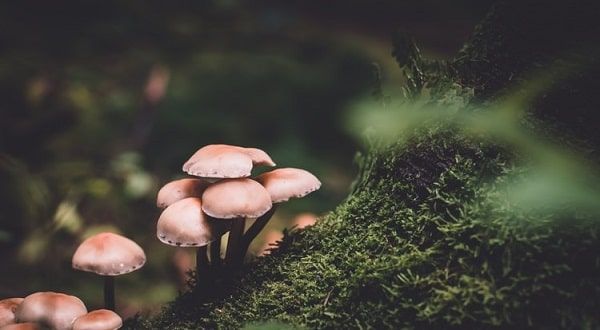 Although there have been some studies on psilocybin microdoses in recent years, much more is known about the effects of large doses on the brain. Serotonin Much of what we understand about the functioning of hallucinogens is related to serotonin, a chemical compound that is among the most important neurotransmitters in the brain. Serotonin affects virtually everything we do, from how we feel to the way we process information. It keeps our brains working.
Hallucinogens, such as LSD and psilocybin, share a structure similar to that of serotonin, e …