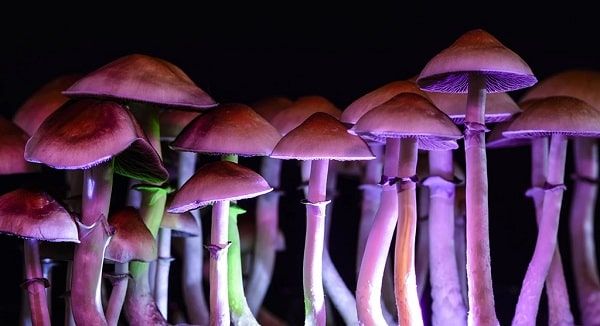 Disclaimer Psilocybin is a potentially illegal substance, and I do not encourage or condone its use where it is illegal. I accept that illegal drug use is a reality, and I believe that providing responsible harm-reducing information is imperative to keeping people safe. For that reason, this guide is designed to ensure the safety of those who decide to consume this substance. Psilocybin mushrooms (also known as “magic mushrooms”) are mushrooms that contain psilocybin, a naturally occurring psychedelic compound.
There are more than 180 species of mushrooms that contain psilocybin or its derivative, psilocin. An example would be Psilocybe cubensis. Medicinal use In addition, psilocybin mushrooms have been used in therapeutic settings to treat a wide variety of ailments and disorders, including cluster headaches, obsessive-compulsive disorder, anxiety, depression, and addiction. Psilocybin mushrooms have long been used in spiritual and religious rituals in Mesoamerica, and are one of the most popular hallucinogens for recreational use in Europe and the United States. Although psilocybin mushrooms have been decriminalized in many countries and regions, they are still illegal in many others. In this sense, there are places where they are only allowed under authorization in very small and controlled studies on their potential use in medical and psychiatric applications. Browse this content. 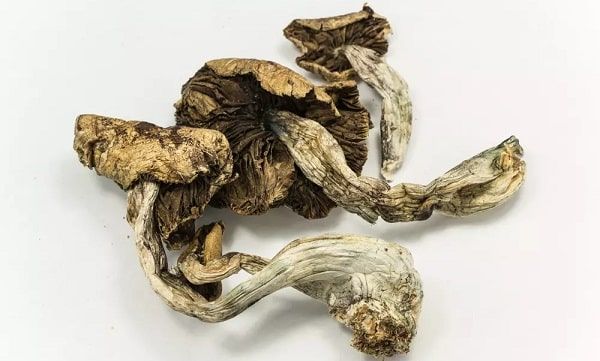 Psilocybin mushrooms, such as Psilocybe cubensis, can be eaten whole. Consumption and taste
They usually dry out, and most people agree that they don’t taste good.

An alternative method is the preparation of a psilocybin mushroom infusion. Also, there are people who prefer to mix the mushrooms with peanut butter or cocoa cream to mask the taste.

A typical trip produced by a moderate dose of psilocybin mushrooms (1-2.5 grams) includes:

Dreamlike Brain imaging studies show that a psilocybin trip is neurologically similar to dreaming. On the other hand, psilocybin trips are also characterized by changes in perception. This includes illusions, synesthesia, emotional changes, and a distorted sense of time. These effects are usually felt about an hour after taking a dose orally. Then you will start to notice changes in your visual perception, such as halos surrounding lights and objects, as well as geometric patterns when you close your eyes. Your thoughts and emotions will also start to change. It is not uncommon to have a sense of openness of thought and sensations that you usually avoid in your daily life. Feeling of peace It is common to have a feeling of wonder and delight in the world that surrounds you, with the people in your life and your thoughts; a sense of peace and connection to the world. Intense emotions In addition, you may experience intense emotions, both good and bad. Try not to resist these sensations and let them run their course. Many who report having strong negative emotions also report feeling a sense of calm, acceptance, and detachment at the same time, especially if they remind themselves that the emotions are temporary. On the other hand, physical side effects may vary between different people. However, they include changes in heart rate (increasing or decreasing), blood pressure (up or down), nausea, increased tendon reflexes, tremors, dilated pupils, agitation or excitement, and problems with coordination of movements. One study also found that psilocybin can cause headaches capable of lasting up to a day in healthy individuals. However, none of the study subjects reported experiencing severe headaches. In fact, psilocybin is used to treat a clinical problem known as cluster headaches (more on this later).

Phases of a trip with magic mushrooms

The four basic phases of a mushroom trip are:

Each phase has its own set of insights and observationsAlthough the peak (usually a couple of hours after ingestion) causes the most intense sensory and psychological changes. Whatever the phase, when taking psilocybin mushrooms like Psilocybe cubensis it is important to relax, remember that what you are experiencing is temporary and that there is nothing to fear.

Anyone curious about trying psilocybin mushrooms for the first time will inevitably end up worrying about having a “bad trip.” Common problems include dysphoric hallucinations, uncontrollable paranoia, and reckless behaviors. Basic precautions Bad trips they are a possibility.
Although it is possible to minimize the risks taking a series of basic precautions. In particular, being prepared and knowing what your motivations are before facing a psychedelic experience can help you control your risks.

Interactions with other substances

CaféMarihuanaAdderall, Xanax, Zoloft It’s funny, because it is possible that it is a perfect combination. Not only no known adverse side effects of the mixture of these two substances, but there are even coffee makers who do it deliberately. There are no known dangers, but it has the potential to increase the hallucinogenic nature of mushrooms such as Psilocybe cubensis, among others. They are powerful psychoactive medications with primarily subjective side effects. If you take these substances on a regular basis, then you should be especially careful when consuming hallucinogenic substances.

Effects according to dose

You must bear in mind that the list of effects that I expose below does not pretend to be complete, especially in the case of the lower doses. You may need to update them as more representative data becomes available. Dosage ranges are for Psilocybe cubensis mushrooms. They may also apply to other psilocybin-containing species, but some (such as P. semilanceata) are more potent on average.